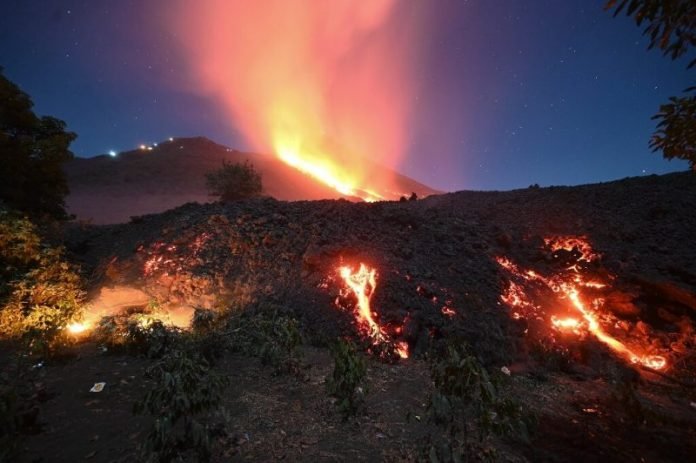 VIDEO: Lava gushes from the Pacaya volcano 25 kilometres south of Guatemala’s capital after it reactivated. The current eruption of Pacaya is effusive, one that releases lava to the ground, as opposed to an explosive eruption, with violent expulsions of smoke and ash.

Pacaya volcano, one of the most active of Guatemala’s 38 volcanoes. The 2,500-meter (8,200-foot) volcano which lies 25 kilometers to the south of Guatemala City has been erupting for 50 days, damaging plantations and everything in its path.

The eruption had steadied before it started again, raising fears it may further spread to other communities. Locals are embarking on spiritual processions in a bid to appease the gods not to destroy their land.

Pacaya is an active complex volcano in Guatemala, which first erupted approximately 23,000 years ago and has erupted at least 23 times since the Spanish conquest of Guatemala.