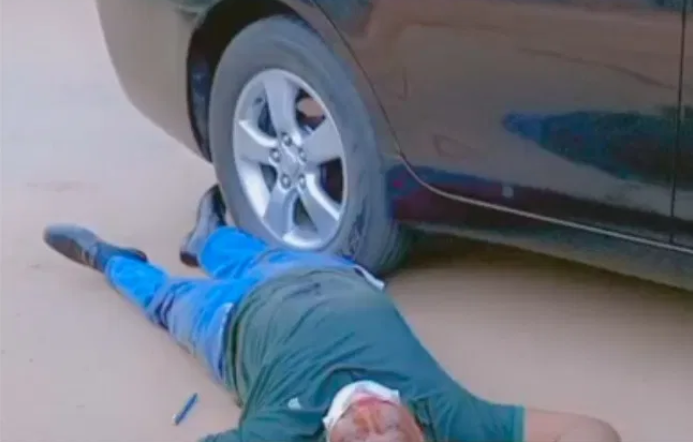 Imo State Police Command has confirmed the assassination of former political adviser to Ex-President Goodluck, Barr. Ahmed Gulak in Owerri, Imo State. Gulak was shot dead Saturday evening on arrival to Imo from Abuja on the invitation of some Northern Groups in the state, according to sources.

The State Police Public Relations Officer, SP Bala Elkana, in a statement on Sunday afternoon, said “Ahmed Gulak left his room at Protea Hotel without any security escorts and while the cab driver took irregular route to the airport, six bandits who rode in a Toyota Sienna intercepted, identified and shot at Ahmed Gulak at around Umueze Obiangwu in Ngor-Okpala Local Government Area close to the Airport.

State Commissioner, Abutu Yaro, has directed a discreet investigation into the matter.

In a swift reaction on Sunday, the Northern Youth Council of Nigeria (NYCN) has threatened to declare Hope Uzodinma, Governor of Imo State, “persona non grata” in the North if he is unable to provide killer of Gulak within 2 weeks.

In a statement, the president of NYCN, Isah Abubakar, said, “Imo State Governor must bring the killers of Ahmad Gulak to Justice or we declare the Governor Persona non grata in the entire Northern Coil.

“It is so pathetic and saddening the continuous killing and lawlessness going on in the Southeastern part of Nigeria. The government of Imo state must give an account of those who killed Gulak. The continuous killing of Northern and destruction of security facilities in Imo State will no longer be tolerated.

“Government should take note that we will not allow the killers of Ahmed Gulak to go unpunished and the state governor, who is the chief security officer must bring the people involved in this assassination to justice soon.

“Let us state categorically that the Northern youths will do everything within their power to force the government of Imo state to bring the perpetrators of this crime to justice.

“Mr governor and other Southeast governors should take note that we shall not accept the continued killing of Northerners in their region.

“The Governor of Imo has two weeks to carry out this investigation or we shall declare him persona non grata across the entire Northern soil”.