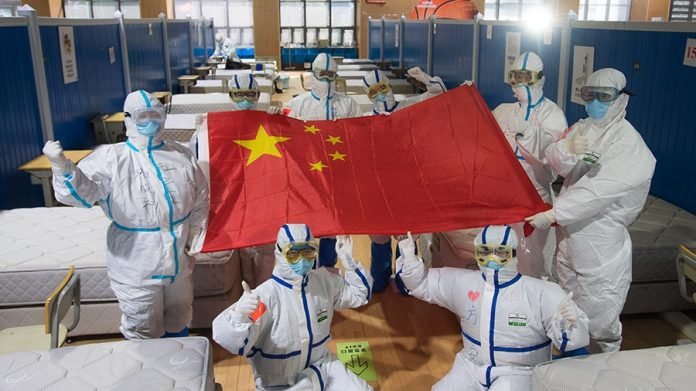 China has expressed outrage at growing speculation in Western countries that the coronavirus may have originated in a Chinese laboratory, slamming new – and unproven – intelligence assessments and saying its scientists plan to rebut a theory Beijing considers is politically driven.

“It’s ridiculous to ask intelligence units to do the work that should be done by scientists,” former Chinese Centers for Disease Control lead epidemiologist Zeng Guang told state news service the Global Times in a report published late Monday. The outlet is considered a mouthpiece for the Chinese Communist Party.

The new concerns from Beijing come days after a new U.K. intelligence assessment that cast doubt on prior assessments that the global pandemic began by incidental contact between an infected animal, perhaps a bat, and a human around the Chinese city of Wuhan, which is also home to a government-run virology laboratory. That assessment followed President Joe Biden’s revelation last week that an intelligence review he requested indicated the theory of a lab leak is possible.

The extremely rare public admission from a commander in chief about a usually secretive review and deliberation process exposes the raging debate in Washington and other Western capitals about the origins of the virus. And it grants credibility to then-President Donald Trump’s assertions amid the domestic fallout from his handling of the pandemic that the Chinese government bears greater responsibility for the subsequent global fallout

Experts have remained divided in theorizing about the virus’ origins. Beijing has obfuscated international efforts to reach clearer understanding, including imposing limitations on investigations by the World Health Organization – which Trump unilaterally quit over claims China held outsized influence – and limiting its own scientists from revealing information they might know.

Yet speculation about a lab leak has persisted casting doubt on the conclusions of a WHO investigative team composed partially of Chinese scientists, which it says did not give balanced consideration to the theory of a laboratory incident. The group noted WHO Director-General Tedros Ghebreyesus’ own admission that the investigator’s report included insufficient information about a potential lab accident and called for more resources to consider that possibility more fully.

“We must take hypotheses about both natural and laboratory spillovers seriously until we have sufficient data,” the group wrote. “A proper investigation should be transparent, objective, data-driven, inclusive of broad expertise, subject to independent oversight, and responsibly managed to minimize the impact of conflicts of interest.”

The Global Times late Monday fired back at the letter, citing a lack of evidence to support that theory and quoting an anonymous source who says “some scientists are working on a rebuttal,” according to the outlet.

Other Chinese officials believe the investigative process has become politicized, saying that intelligence agencies should not lead further investigations into the virus’ origins.

Foreign Ministry spokesman Wang Wenbin said that scientists, rather than spies, should conduct the tracing work and that no particular county should dictate the subsequent investigation.

“China has invited the WHO experts to conduct the work twice, and other countries are urged to do the same,” Wang told reporters.

Story as published in USNEWS