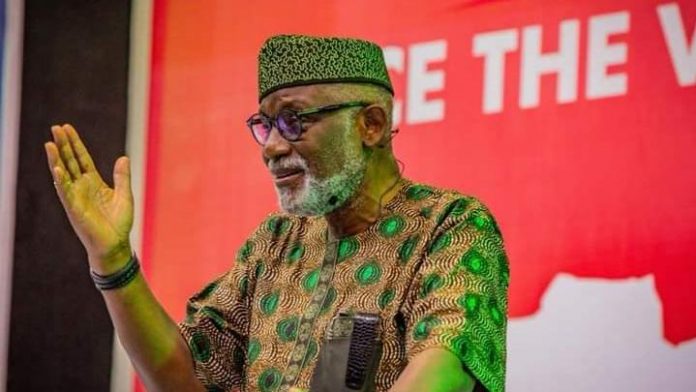 “The position of the Ondo State Government has been made public. We advocate for a Federal Government largely reduced in size and scope of engagement. We want to see a Constitution that will enhance the performance of public office holders at all levels” – Says Ondo State Governor, Rotimi Akeredolu through his deputy at the on-going 1999 Constitution Review Public Hearing, South-West Zone, held at the International Cultural and Event Centre, Akure, the state capital.

“It is possible to have a government that will serve the people in deed and truth. The law of the land must aid this realistic expectation. We must reduce the cost of governance and shift attention to service delivery in this trying period.”

Akeredolu also posited that “the country may consider dropping the current bicameral structure of the National Assembly and adopt a unicameral legislature. The membership of the Assembly should be part-time. No member should earn allowances not known to the Revenue Mobilisation and Allocation Committee and, more importantly, people they claim to serve.

He mentioned the position of the state to include, creation of state police, devolution of powers, state control of resources, decentralization of supreme court among others.

These he says would help to check excesses, and run a virile Nigeria with responsible governance