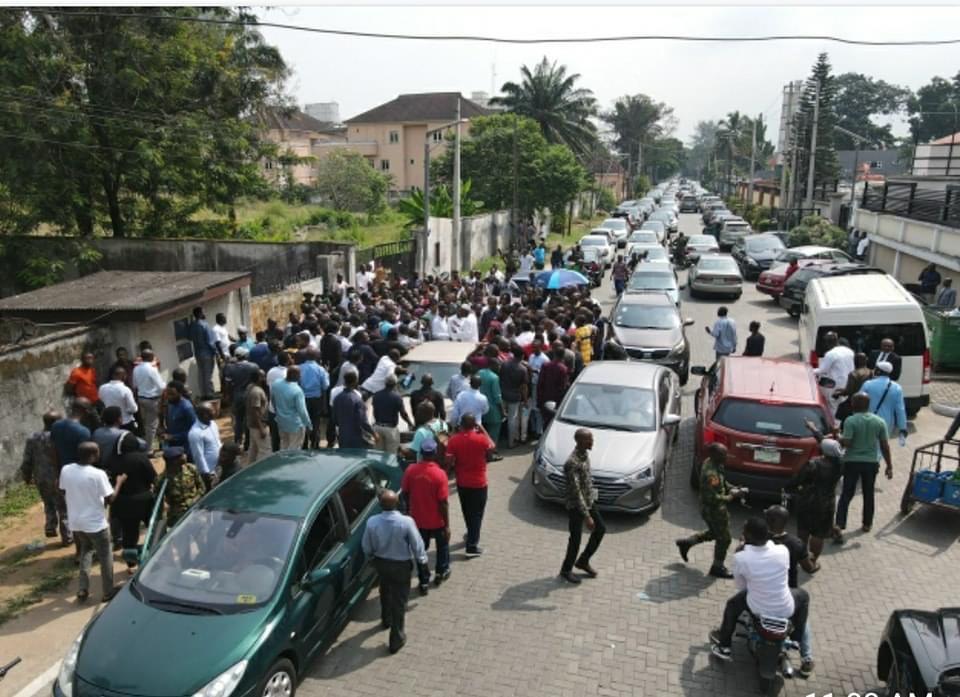 The Economic and Financial Crimes Commission, has commenced the auction of 435 cars, which are subjects of final forfeiture orders in Lagos.

The exercise scheduled to take place across the Commands of the Commission, started on Tuesday in Lagos with inspection of items by members of the public, while the auction exercise began on Wednesday, December 7 and will continue till Thursday, December 8, 2022.

During the opening ceremony, Secretary to the Commission and Chairman, EFCC Asset Disposal Committee, ADC Dr. George Ekpungu, said the exercise, which is the first of the planned auction of forfeited properties across EFCC Zonal Commands and its Headquarters, is being carried out in accordance with the (Establishment) Act, 2004, Public Procurement Act, 2007 and Proceeds of Crimes (Recovery and Management) Act, 2022.

According to Dr. Ekpungu the auction is being conducted in collaboration with the Bureau of Public Procurement to ensure compliance with all extant laws.

While welcoming the auctioneers to the Centre, he expressed his gratitude to sister agencies, including the Nigerian Army, who were invited to provide adequate security and ensure orderliness.

Ekpungu also appealed to the members of the public present at the auction to listen carefully to the auctioneers and comply with all stipulated guidelines.

The nine auctioneers were allocated to the Lagos Zonal Command of the EFCC to dispose of the 435 cars at the designated Centre.

The cars, which pictures were conspicuously displayed with allocated lot numbers for public inspection, were allocated to auctioneers based on assessed values and open ballot system.

The display was to provide an opportunity for interested bidders to view and indicate interest in any car of their choice.