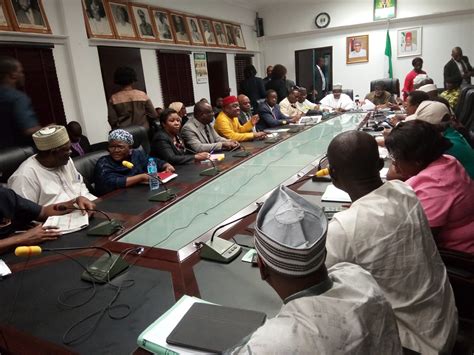 The Academic Staff Union of Universities (ASUU) opposes plans by the government to raise the tuition costs associated with receiving a university education.

According to ASUU, this move could put higher education out of reach for economically disadvantaged students.

The Union also expressed concern about what it calls “the government’s systematic withdrawal from funding public universities through the proposed introduction of education loans,” which it claims has been a complete failure in countries where it has been implemented.

Professor Emmanuel Osodeke, National President of ASUU, said in a statement on Monday that the resolutions were reached at the end of the National Executive Council (NEC) meeting at the University of Calabar.

Professor Osodeke drew Nigerians’ attention to the lingering issue of renegotiation of the 2009 FGN-ASUU Agreement, which he said was the initial issue that led to the recently suspended strike, and added that what was more concerning was the government’s increasing “anti-labour” posture, which suggested attempts to abrogate the principle of the collective bargaining agreement.

According to Professor Osodeke, the NEC rejected the government’s insistence on handing down an award rather than a bargained salary package.

‘’The meeting also reviewed and condemned the government’s attempt to casualize the job of intellectuals, as reflected in the pro-rated salaries paid to our members for the month of October 2022, as well as the continued withholding of our members’ salaries for the preceding 8 months, even when the backlog of work is being covered by our members in various universities’’ he stated.

ASUU wants Nigerians to put pressure on the government to take care of unfinished business in the FGN-ASUU Memorandum of Action for December 2020.