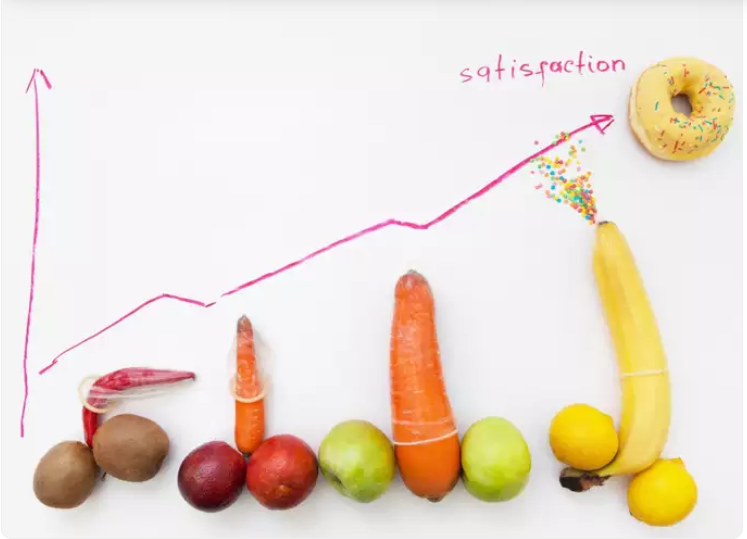 It’s a subject many men have wondered about at some point in time: What is the average penis size?

The average girth is 3.66 inches for a flaccid penis and 4.59 inches for an erect penis. Girth is the circumference of the penis at its widest section.

How much size matters for sexual satisfaction, and what you should do if you’re worried that your penis is too small.
What does the research say?

The BJUI research used data from 17 studies, and the study participants totaled more than 15,000 men. In addition to the averages listed previously, the analysis charted sizes and placed them into percentiles.

For example, an erect penis of 6.3 inches is in the 95th percentile. That means that out of 100 men, only five would have a penis longer than 6.3 inches.

Likewise, an erect penis of 3.94 inches is in the 5th percentile, meaning that only five men out of 100 would have a penis shorter than 3.94 inches.

Other studies have produced similar results. A study published in the Journal of Urology also found that the length of a penis when flaccid wasn’t a predictor of its length when erect. In other words, men can have erections of similar size but have flaccid penises of varying sizes.

How to measure your penis size

Measure length from the top of your penis to the tip of your glans.

Measure girth around the base or the middle of the shaft.

Of particular concern for some men is whether their penis will be satisfying sexually for themselves and their partner. Some men may also be anxious about how they look naked.

When it comes to sexual intercourse, bigger may not always be better.

In a study in the journal PLOS OneTrusted Source, researchers interviewed 75 sexually active women about the size of penis they would prefer for a one-night stand and for a long-term relationship.

The women were shown 33 different-sized 3-D penis models made out of blue plastic so as not to suggest a particular race.

The average size preferred by the women in the study was an erect penis that is 6.4 inches long and 5 inches in circumference for a one-time encounter.

For a long-term relationship, the average size preferred by the women was a penis that is 6.3 inches long with a circumference of 4.8 inches.

Both of these choices were only slightly bigger than the average.

Another similar study of women’s preferences, published in BMC Women’s HealthTrusted Source, found that penis girth was more important to them than length for sexual satisfaction.

A man’s perception of his own penis size can have an impact on confidence and a positive body image. Men who are self-conscious about the size of their penis, either in its flaccid or erect state, may experience anxiety-induced erectile dysfunction and other emotional problems.

Therapists working with men who have this kind of self-consciousness often find that a person’s perception of “too small” doesn’t align with what research shows.

One study trusted Source found that of 67 men who were concerned that their penis was too small, none were determined to have a penis considered short enough to recommend penile lengthening.

Can I increase the size of my penis?

The decision to try to increase the size of your penis should be made carefully with the consultation of a urologist. The Journal of Urology study recommended that only men with a flaccid penis length of less than 1.6 inches or an erect penis of less than 3 inches should be considered as candidates for penile-lengthening treatment.

Before pursuing your options, you should get a psychological evaluation and talk with a therapist about your concerns.

You should try psychological counseling before any treatment. If you’re considering treatment, you have some options.

Surgery involving a skin graft around the penis shaft to increase girth is also possible.

Some men benefit from liposuction around their pubic bone to help make the part of their penis covered by a fat pad more prominent.

Inflatable penile prosthetics, which are surgically inserted into the penis, are also effective in treating erectile dysfunction and for penis lengthening.

If you’re interested in a procedure to make your penis wider or longer, consult with a doctor who has plenty of experience doing these procedures. You should also be wary of online ads for pills, creams, and other treatments that promise amazing results.

While plenty of men wonder if they are at or near the average penis size, or if they’re beyond it, the truth is that the majority of men are within a close range of the average length and girth. Measuring yourself may provide you some affirmation.

If you continue to feel that your penis is smaller than you would like, talk with a urologist about your concerns and what options might be best for you.

Tips for a positive body image

If you’re unhappy with your body, whether it’s the size of your penis or the look of any other part of you, try these helpful tips for feeling better about yourself:

i Focus on the characteristics and body parts you do like, such as broad shoulders or a nice smile.
ii Maintain a healthy weight and incorporate strength training into your exercise routine. If you look fit and healthy, you may feel better about yourself.
iii Don’t become consumed by penis size. You can be a satisfying sexual partner regardless of the size of your penis.
iv Don’t compare yourself to athletes, models, and actors. You’ll develop an unhealthy and unrealistic image of what is normal and how you should look.
v Spend more time and energy on pursuits you find rewarding, whether it’s sports, hobbies, traveling, or other activities.

Lasting self-esteem comes from nonphysical traits, such as creativity, intelligence, and values.

How to protect your penis from Peyronie Disease